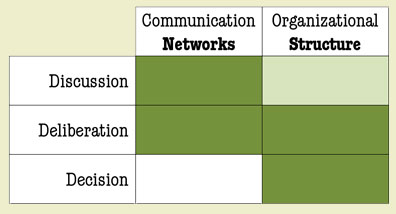 Can I Get an Amen?

I was talking with friends a few days ago about the use of various media technologies in our church worship services. Several of us saw news coverage on how Mars Hill Church encourages twittering during services. They are providing another way for people to reflect on their worship experience, live, to an audience that includes friends, church leadership, and even extends far beyond the walls of the sanctuary. In most churches, worshipers are routinely told to turn off phones; at #MHC they are encouraging folk to turn them on and use them.

We talked about how it might be cool if people could use a mobile device to talk to us during the sermon. Twittering is cool, but not everyone twitters (especially at my church), and it would take a little effort to set up a system to view twitters from the pulpit.

So I published my mobile number in the Sunday morning bulletin this morning and proposed an experiment.

I’ve always been a fairly avid, early adopter of technology. When I was my sons’ age, the first home computers were hitting the market. I started to program on TRS-80s, Apple IIs, and Commodore 64s. I’ve been hooked ever since.

I get a little edgy when I’m not connected. My iPhone is always on and with me. I monitor my email constantly as well as Facebook, voice mail, and text messages (and, yes, I'm paying attention to Twitter again @dtneary). I pride myself in being pretty easy to get a hold of, by just about any means. Many have noticed that I’m generally not still very long before I take a glance at the screen on my iPhone.

Folk who attend my church are connected too. Looking up things on their mobile devices, even occasionally bringing a laptop… nobody is freaked out by appropriate use of technology, even in our “traditional” church. As long as the gear isn’t distracting, it is welcomed.

So… with all of that said, here’s the experiment. I thought it might be cool if there was a way people could communicate with me during the sermon. What if folk were able to say “good point” or “you’re losing me” while I’m talking?

Some, of course, are happy to just shout out stuff like that… but for those who might want to try a more sophisticated approach, I invited them to send me a text.

They did, and I was able to read the feedback, in real time on my iPhone, without it being a distraction. Most were variations on “hey, this is cool, I’m texting the pastor while he’s talking,” but some were insightful, and helped me know that I was landing the points I was trying to make.

The response I received from people after the service was all enthusiastically positive. Even for those who didn’t take advantage of the technology, the idea that they could seemed to be meaningful.

I think I will keep encouraging this sort of thing, at least for the few weeks ahead. Stay tuned and I’ll give readers an update on whether we find this to be a meaningful practice, or just a gimmick.

You can hear how I set it up with our congregation this morning at http://www.cedarpark.org/thechapel/services

You Can’t Steer a Parked Truck

One of my guiding maxims has been, “you can’t steer a parked truck.”

The picture that comes to mind is one of me and my brother on Old 29. When Randy and I were growing up, our Dad (Tom) served as a volunteer firefighter. So, from time to time, we had the enormous privilege of hanging out at the fire station. Most of the equipment was off limits, of course, but we were occasionally allowed on Old 29… a restored, antique fire engine that was used for parades and community events. (There’s a picture posted of Engine 29 at http://southhavenfire.com/Apparatus.htm)

We could spend hours bouncing on the black leather seats and cranking on the large, wooden steering wheel as we raced to imaginary emergencies. In our minds we were Johnny Gage and Roy DeSoto aboard Squad 51; lives were at peril and relied on our swift arrival. It was great fun!

The cranking on the steering wheel had no real impact, but only aided our imaginations. No matter how hard we tugged, our efforts didn’t move the truck an inch. Furthermore, these childhood “driving” experiences caused me to wonder, “Just how strong will I have to become to drive a truck like this?” Try as I might, I couldn’t get the truck tires to swivel. Only later would I realize that in order to have any hope of turning the wheels, the truck need to first start moving.

I’ve translated this little maxim into a bias towards action. Planning is vitally important, but it takes movement to get things done. Although there is a certain amount of gratification of “bouncing on the seat” and imagining how the plans and resources at my disposal might accomplish a goal, the engine needs to be started and the wheels need to start rolling before we can actually begin to steer into any accomplishment.

Today I’m reminded that God can’t steer the parked truck of my life either. Sure, He speaks to me and molds me in times of still quietness. But in order for Him to accomplish much through me, I need to be moving. I’ve have especially found that I need to be moving in order for Him to accomplish the things He has planned for me to do that I don’t yet know anything about.

For example, I took a day-long road trip across our State last month with one good plan and goal in mind. Looking in my rearview mirror, it now appears that the trip accomplished at least three good things… none directly associated with my original plan (which I still think will be accomplished as well). I would have rather stayed in the office that day, and probably could have made some progress towards my original goal by making a few phone calls. But it appears that God needed the truck of my life to roll across the state so that He could steer me into opportunities that I was not yet aware.

I think that it is natural for us to, especially when in doubt, choose stasis; rather than risk failing with an incomplete plan, we sit still far too long. Let’s face it; our plans are always incomplete because we simply can’t account for every eventuality. So let’s adopt a bias toward action and remember that we, and even God, can’t steer a parked truck.
Posted by Dan Neary at 10:52 AM 1 comment: